The neighborhood known as Bel Air was carved out of Orange Groves beginning in 1955. The neighborhood is actually comprised of two platted subdivisions: Bel Air Hills on the south and Bel Air Shores on the north.

The plat for Bel Air Hills was recorded at Orlando City Hall by Developer Gerald A. Gay’s Highlight Corporation on September 13th, 1955. The first houses were started along Briercliff Drive, where it enters the neighborhood on the west.  The original southern boundary of the neighborhood was called Conway Road, which later was changed to Curry Ford Road.

In 1956, developer Charles Rex started work on the adjoining end of Antigua
Drive. Several construction phases were platted during the next few years to
make the neighborhood north to Gore Street. Because of the neighborhoods
proximity to Orange Memorial Hospital (now Orlando Regional Medical Center) and the number of doctors who lived in the neighborhood in the early years, Bel Air was often called “Pill Hill” by many Orlandoians.  Its nickname stuck and
residences still refer to it by its urban nickname. 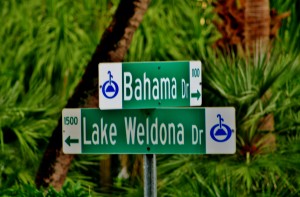 Today, Bel Air represents a classic example of a Midcentury Ranch
neighborhood and is a cornerstone to Downtown Orlando’s Historic Urban
Neighborhoods.  Bel Air continues to be a highly sought after community
for its convenience to downtown, tree lined streets, neighborly residents and
school systems.